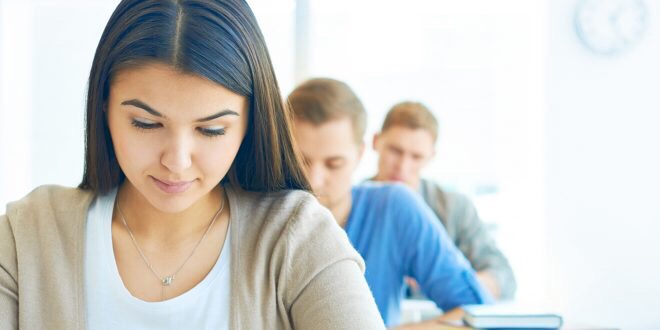 Prior to the change implemented in 2015, students taking the ACT were asked to write an argument in favor or against a given position. The position was usually explained in the prompt and test-takers had to write a response using examples from their experience that either supported or refuted its claims in 30 minutes. However, now the ACT’s essay section is a bit more nuanced in what it wants from students. Students taking the ACT will be asked to write an essay that integrates three distinct perspectives on a present-day issue such as the impact of climate change. The essay section of the ACT is optional, but we will take time here to explain it because this section can bolster some students’ applications to college.

Since the new essay task requires students to do something more complicated than the previous test, this new essay portion of the ACT is to be completed in 40 minutes. The expectation is that students’ analysis of the three positions presented in the prompt enables a unique take on the issue as a whole. By relating the three positions to one another, test-takers should be able to build novel connections between them and make an argument of their own. For example, on the 2018-19 ACT, the essay question was about games for adults (pp. 54). The prompt described a trend in contemporary society: more and more adults were taking up video games and other “kid stuff.” It then presented three different viewpoints. Perspective one was that adults should be familiar with what the kids are doing so that they can be effective and responsive to their needs. The second one disagreed and emphasized that playing with games and toys was childish and adults should only model maturity. The third perspective implied that the real problem was that children deserve their own space—in other words, games are for kids and adults are not allowed.

As you may be able to tell, each perspective uses different reasoning for its position on the topic. The goal of your essay should be to tease out the logic of each perspective and find areas where they converge and diverge. Explain what each perspective seems to be misunderstanding about the other and why you are persuaded by either one, two, or three. In doing so, find your what your unique perspective is. State it clearly and develop it in relation to the given perspectives by critiquing and engaging with each one. Your unique take on the issue at hand will not necessarily be one of a kind. Instead, by drawing distinctions and similarities among the positions described, it should offer a reflection that clarifies the context of the topic and why you are arguing in favor of a specific idea. Because this essay requires a sophisticated approach, it is imperative that you organize your thoughts and take approximately 10 minutes to prepare yourself before beginning the writing. In fact, according to the ACT, the essay is meant to test “pre-writing” skills like brainstorming and outlining even though this is not directly factored into your score.

The rubric of the essay writing section is designed to award the highest points to an essay that accurately comprehends the prompt and the three perspectives, and if you present a reasonable response with concrete examples. Familiarize yourself with the language used in the scoring rubric as you practice (pp. 61-62). This way, you will have a better sense of what the people reading and scoring your essay are looking for. The writing score is not factored into the overall ACT composite score. Two graders score the essay holistically and each give a score between 1-6. The scores are then combined on a scale of 2-12. If you opt to take the essay section, then an image of your essays will be available to the colleges to which you’ve sent ACT scores.

Like the other parts of the ACT—English, mathematics, reading, science—the writing test will need your serious attention. Like the other parts, patience and time are key. Remember that it is optional, and that it is separate from your overall score. Yet, if you decide to give it a shot, deep learning is bound to happen. Think of the essay as an opportunity to showcase your skills and to demonstrate that you are ready for college writing.